An Advertisement with a Warehouse as the Backdrop

Have you heard of the Dollar Shave Club? A startup company established in 2011 and was acquired by Unilever in 2016, a mere 5 years for USD 1 billion!

This is a subscription based company selling razor blades and personal grooming products by mail to customers.

I chanced upon their first video clip on Youtube that went viral when it was released.

How big is the warehouse?

Curiosity got the better of me after viewing the advertisement. Exactly how big was the warehouse when the business started? Was it a complicated operations?

After some work, using the Warehouse Dynamic Components extension, I have managed to do up a layout of facility.

I also tried to put the 2 video clips side by side to check out the effect and accuracy. Below is the website for the comparison. 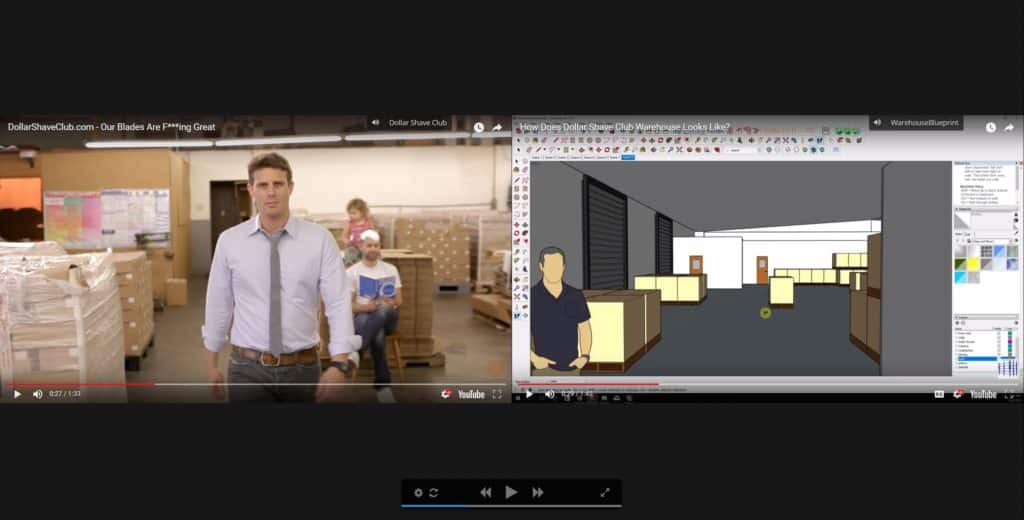 The Making of the Warehouse Layout with Sketchup

I have recorded the process of modeling the warehouse layout into 2 parts. It was the first time I did such a project, trying to match the screenshots of the video and estimating the layout.

Although not perfect, I  managed to have an idea of how big the warehouse was and roughly how the layout looked like.

It took me a couple of hours for the entire exercise.

Some time was spent positioning the various screenshots. After that, the warehouse structure was estimated and the the various components were placed in position. Not as difficult as I imagined.

More like LEGO building, placing components in the correct locations.

Given that the video was filmed during the startup stage, I would say that the operations was pretty impressive at it’s infancy stage.

What do you think?